Ghost at the Wharton Center

If you’re a sucker for a timeless love story with a touch of comedy and a dash of suspense, chances are you’ve seen the 1990 hit film Gho…
Whitney Bunn 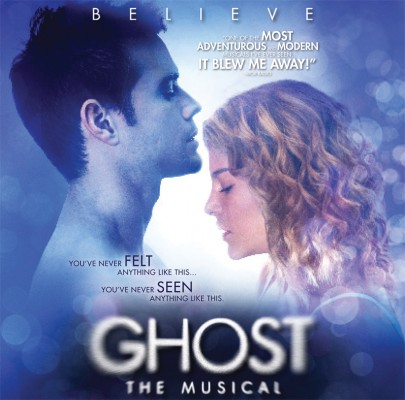 If you’re a sucker for a timeless love story with a touch of comedy and a dash of suspense, chances are you’ve seen the 1990 hit film Ghost.
Starring Whoopi Goldberg, Demi Moore and the late-Patrick Swayze, the film follows the ghost of Sam Wheat as he tries to solve the mystery of his murder and protect the love of his life, Molly, while he is trapped between two worlds. This beautifully simple story earned Ghost two Academy Awards and was the highest grossing film of 1990.
Adapted from the hit film by its Academy Award-winning screenwriter Bruce Joel Rubin, Ghost the Musical is making its way to the Wharton Center in East Lansing as a touring Broadway production. The show features iconic scenes from the film and dazzling illusions.
Katie Postotnik, who stars as Molly Jensen in the first national tour of Ghost the Musical, is no stranger to the Wharton Center stage. Postotnik played Regina in the tour of Rock of Ages when it appeared at the Wharton Center in 2011.
Postotnik is excited to be back on the road, making stops in cities across the United States for the next year to share Ghost’s beloved story.
“When I see a movie musical, I want to see something very pure to the movie (I) know and love, and that’s exactly what (Ghost the Musical) does,” Postotnik said.
With romance, action, illusion, comedy and musical numbers, Postotnik explained that Ghost the Musical has something for every type of audience member, though she advised that the show is not appropriate for children under the age of 13.
The musical has received many praises for the magic and illusions performed during the show. Renowned illusionist Paul Kieve is responsible for the unbelievable special effects that occur on stage. Kieve – who worked on the illusions of the Harry Potter series and with magicians such as David Copperfield – creates “an amazing spectacle that happens live in front of (the audience’s) eyes every performance,” said Postotnik. 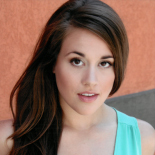 With the help of illusion, Ghost and its musical counterpart captivate audiences with an endearing story about the afterlife. “Everyone can relate to losing someone,” Postotnik said, “Wanting to make peace with the loss (of a life) is universal.”
Though addressing the hereafter, Ghost the Musical also inspires its main character, Molly, to live her life to the fullest each day.
Hailing from Greendale, Wis., Postotnik can relate to her role. “It’s so important for everyone in life to go after their dreams … to do what you love and find joy in life,” she said.
Postotnik expressed her passion for theater and the ability “to touch audiences emotionally every day.” She is undeniably proud of the touring production of Ghost the Musical.
Ghost the Musical shows at the Wharton Center for Performing Arts Dec. 10-15 in East Lansing. Tickets available at www.whartoncenter.com.